The Great British Bake Off Returns 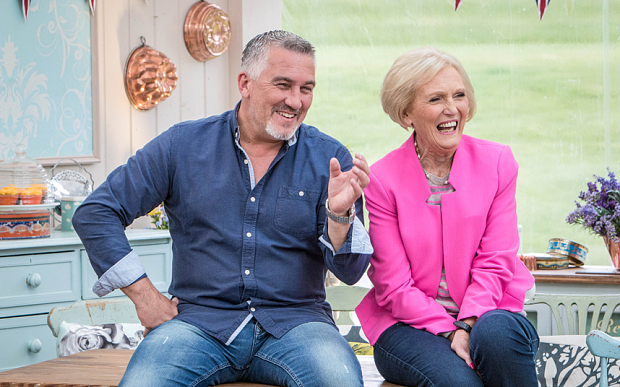 Tonight, BBC1, 8pm, the return of the Great British Bake Off which, let’s face it, has become a cultural phenomenon. Gill, our Head of PR and Social, reviews last year’s final, just to get you in the mood. BAKE!

The final of the Great British Bake Off did not disappoint.  More than 14 million viewers tuned in to see Tamal, Nadiya and Ian bake, among other things, classic British cakes.

Here in our house, we played Bake Off Bingo.  Devised by my daughter, it is a fiendishly quick game and involves knocking back one measure of gin and tonic for any of the following:

• Paul or Mary says “that’s a good bake”
• Paul puts his index fingers in his jeans pockets and stands with his legs astride, as though suffering from painfully enlarged testes
• Mary says “I can really taste the lemon”
• Paul says “I’m not getting any lemon”

They kicked off with filled, iced buns, two flavours, their choice, completed in three hours. Pfft, that’s not difficult, is it? “All of them must be IDENTICAL,” declared Mary, sternly. “Just make sure that the shape and the icing is all perfect,” warned Paul. Oh. Tamal chose cinnamon and apple, and toffee and marmalade. Toffee and marmalade? Seriously? (It turned out that Paul and Bezza loved it, which just goes to prove how little I know.) Nadiya made nutmeg fingers with sour cherry filling, as well as cardamom and almond flavour buns.  “Will your buns be touching?” enquired Paul, as she worked the dough. Nadiya’s eyebrows shot up into her hairline. “Er, not when I bake them, no.” Paul looked disappointed. “I like my buns to be touching.”  TMI, Paul. TMI. Tamal and Nadiya made one batch of dough but Ian, surprise surprise, made two batches, one with fresh elderflowers, and one where he forget to put any sugar in it.  Bad luck, Ian.

The technical challenge was one of Paul’s devising: six raspberry millefeuille.  Hey, I can make millefeuille, why am I not a contestant? Paul confided that the reason he had chosen this recipe was because all three contestants had struggled with the pastry before.  Swine.

There was much opening and closing of the only freezer cabinets in existence without at least half a dozen peas encased in two inch thick ice. Nadiya triumphed. Would she emerge the overall winner?  It was time for the showstopper challenge.  A single-flavoured, but multi-tiered British cake. Four hours. Who would emerge victorious?

Paul, whose hair gel had now solidified so completely not even an expert in fracking could have removed it from his perma-tanned head, explained that that each layer “had to be identical”.  Tamal made a sticky toffee pudding fruit cake, with decorations based on an abandoned fishing village in China.  How can you not love the utter randomness of Tamal?  Ian made five cakes (of course) which he described as looking, when finished, like a “kind of cascading carrot”. Er, okay. Nadiya made a lemon drizzle wedding cake decorated with saris, and confessed it was the one she would have wanted had she got married in the UK rather than Bangladesh, where they apparently don’t do wedding cake. She even included some of the jewels from her wedding dress.  There was a brief VT of her three adorable children and unfeasibly handsome husband. Nadiya has it all, folks.  Winning #GBBO would simply be the icing on the cake.  See what I did there?  Oh please yourself.

Ian’s cascading carrot was, frankly, unbelievably.  “That’s one of the best carrot cakes I’ve ever had,” confessed Paul. Wowser.  The three came out of the tent carrying their cakes to loud applause from family, friends, and the other contestants.

Nadiya won, of course, and burst into happy tears. Her family went loopy, and the other contestants hugged her with genuine warmth.   It was almost impossible not to have a little cry at the loveliness of it all, and thus the incredible success of such a simple programme was revealed. 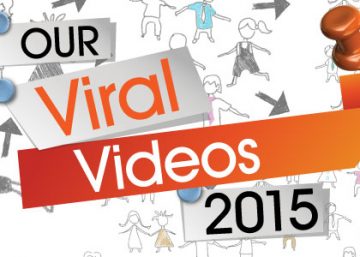 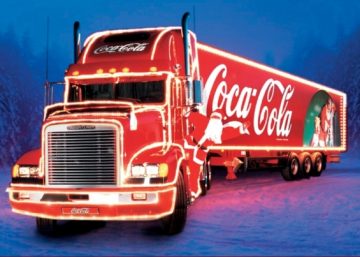 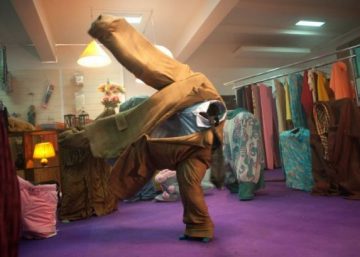 Cadbury's has recently released the latest spot in its Glass and a Half Full Productions...