Since today is “Blue Monday” – the most depressing day of the year – I thought we could all use a bit of light entertainment. What better way to cheers us up than to look back at 2014 in the only meaningful way that millennials such as us at Raw Creative know how, to remember it based upon each of our favourite videos that made us laugh, gasp swear and perhaps even cry. Although mostly laugh.

So without further ado, here is Raw Creative’s look back at 2014 in viral videos

“Who could forget this absolutely awesome feline hero? Well me until I started writing this blog. But anyway, back in May 2014 when this video burst onto our laptop screens he was pretty much the biggest thing on the internet. This dog had a lot to answer for, attacking a small unsuspecting boy and thank god this cat was there to give the dog a heroic butt whooping. In all seriousness though this cat helped to prevent a real tragedy. He is a kick ass cat”

“I have spent hours watching and sharing strange, funny and super-cute video clips since YouTube’s launch in 2005 but reviewing my Facebook and Twitter feeds it seems I definitely favour the cat vs dog clips and watching people hurting themselves.

Then I stumbled across this little gem. Nobody can have escaped the Frozen phenomenon which has inspired literally hundreds of clips but this one almost makes the song bearable to listen too (ALMOST!!!). My 10-year old son still asks to watch it, mimicking all the voices perfectly! Actually… can I change my mind??”

Editor’s note: No Sam you’ve chosen Frozen, you’ve got to live with consequences!

“It’s a tough choice since there’s so many videos floating around from the last year but I had to go with this video of Bradley Cooper and Jimmy Fallon cracking up together. It makes me laugh every time I watch it and for me there’s nothing I find funnier than uncontrollable laughter!”

If there is one video from last year that comes out of my back pocket at any house party it’s this one. It’s hard not to love a bit of One Direction, but love them or not, if you just want to laugh at them then this is the video for you. Expertly crafted, the vocals sit perfectly with the action. To be honest this is how I imagine them sounding before it goes through the studio magic, well at least I do now. Highlights include, Niall Horan as a quiet shy Kermit the Frog impersonator, and Louis Tomlinsons du bi du bi do’s. Enjoy!

“If you went throughout the whole of 2014 without seeing an ice bucket challenge, you must have been living under a rock or something. Social media platforms worldwide were crammed with people uploading footage of themselves and sharing hilarious failed attempts. I undertook the challenge in my snorkel, mask and flippers and my Dad even took part filming his next to the Cold Bath Road street sign in Harrogate. The Ice Bucket Challenge phenomena provided us with a few seconds of fame and laughter amongst our friends but more importantly, it raised awareness and money for the American charity Amyotrophic Lateral Sclerosis (ALS) Association and the British equivalent, the Motor Neurone Disease Association.”

Here’s my favourite from last year but be warned, there’s swearing involved so if there’s kids in the room cover their ears!

Bring on another viral charity video for 2015 …I’m in!

“I know most of my colleagues have picked funny videos but I decided to go down the cute route. This adorable, little video shows Tom Fletcher (who you might recognise from McFly or his wedding speech) and his wife going through her pregnancy. It is incredibly adorable, so much so I couldn’t resist sharing it.”

While I love Apple products, their marketing can be annoyingly smug. This ad for the Ikea bookbook® neatly parodies every Apple TV ad in recent years. Clever and funny, I love it.

Girl Power! No, we’re not back in the 90’s but you’ve got to give it to Emma Stone for her lip-sync battle with Jimmy Fallon. Not only is Emma not afraid of lightning fast lyrics the girl has moves and attitude too. This time Jimmy, you went down in your famous battles! Check out the video – you’re sure to be impressed

We couldn’t talk about 2014 viral videos without giving our own a little plug! Last year as part of a viral marketing campaign for The Galleries Shopping Centre, we decided to create a video celebrating Wigan’s rich history within the Northern Soul music scene. We set a target of reaching 10,000 views within two weeks and managed to surpass this by 2,000 taking us to 12,000 views within a fortnight! 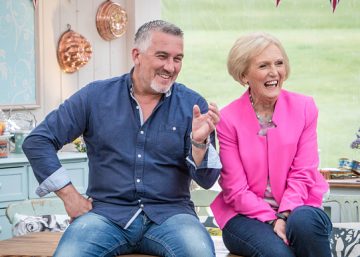 Tonight, BBC1, 8pm, the return of the Great British Bake Off which, let’s face it,... 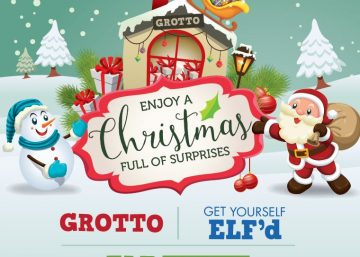 It’s beginning to look a lot like Christmas! The whole team has been extremely busy... 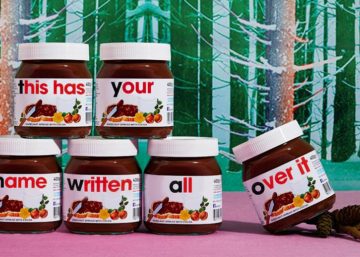