At Raw, we’re no strangers to Charity. Over the years we’ve helped numerous organisations such as Help for Heroes and St. Michaels Hospice, but this year we wanted to do things a little differently. We don’t want to just give to charity ourselves – we want other Harrogate businesses to give to charity with us.

This December we’re testing the town’s festive spirit with our Pass the Parcel Campaign for kids staying in Harrogate Hospital this Christmas.

The concept is simple. We’ve wrapped 10 separate gifts which we will be dropping off to ten local businesses on Thursday 5th December, asking them to add another present by wrapping it over the existing gift ‘pass the parcel style,’ before passing it on to a company of their choosing.

There’s no limit on the number of businesses each parcel can go to, but all ten presents have to come back to us at Raw HQ at 17 Albert Street by Tuesday 17th December, ready to deliver to kids at Harrogate Hospital on Thursday the 19th December.

Each parcel will be given a unique code and businesses will be encouraged to use social media to keep track of the parcels. Of course we’ll be keeping up with progress and giving general updates, so be sure to follow us on Facebook and Twitter, keeping an eye out for the hashtag #HGpasstheparcel.

So there you have it, Harrogate! We’ve set up the game; now all you have to do is help us play! Get involved and help to put a smile on the face of a child who can’t be home for Christmas this year!

Received a parcel and played your part? Then copy and paste this tweet below replacing the red with your details, so we can keep track of the parcel.

We have been playing a game of pass the parcel with local businesses as part... 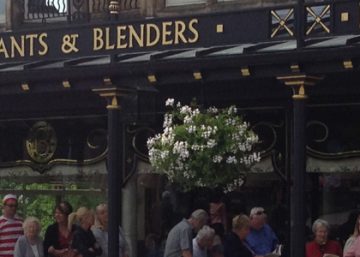 This Saturday 29th June, a few of the Raw team will again be collaborating with...